Giant pandas are playful creatures – but finding toys that are durable enough for them is not the easiest task in a zoo. We heard that the two pandas, Lumi and Pyry, who live in Ähtäri Zoo in Finland, managed to destroy even the toughest horse toy rubber balls in an instant, so we got an idea – and found ourselves turning natural, pretty robust toy balls from Finnish pine wood.

We delivered the toy balls to Ähtäri in person in April 2008, and the female panda Lumi didn’t hesitate but started playing with it instantly. Since then, the toy balls have been spotted regularly in the Ähtäri Zoo Pandalive web cam – and also the male panda Pyry showed some true skills in ball handling for instance in this Finnish TV news funny story section 😀

We made the balls in the spirit of circular economy, as we used some leftover wood material that we had from our workshop expansion project. Originally these gigantic pine trunks would have been burnt to energy, since they were discarded as too big at a local sawmill before we adopted them into use.

Without prior experience on panda toy making, we were a bit unsure about the proper size, but eventually the 40-centimeter diameter and 12 kilo weight seemed about right! It is not every day that you turn items this big, and making perfectly round objects from wood is not the most typical thing to do in the first place – so perfect challenge for us 🙂

The balls consist of pine sectors that were joined together to circles and glued with non-toxic glue. The circles were then piled to a cylinder and finally hand-turned into the final shape. We attached some rope to the balls for carrying and made a hollow space in the middle for hiding treats inside them.

Our gift got a fair share of media and social media coverage in Finland and abroad, as up to 1 million people heard about this 🙂 That is essentially the best thing: that so many people followed how the pandas accept the balls – and we have also received updates from people who have visited Ähtäri since then, saying that the balls are still in shape. And most importantly, that even though the pandas enjoy a royal lifestyle in Ähtäri Zoo, the pandas themselves liked our gift. Customers happiness comes always first 🙂

You can read more about the panda balls from this blog article. 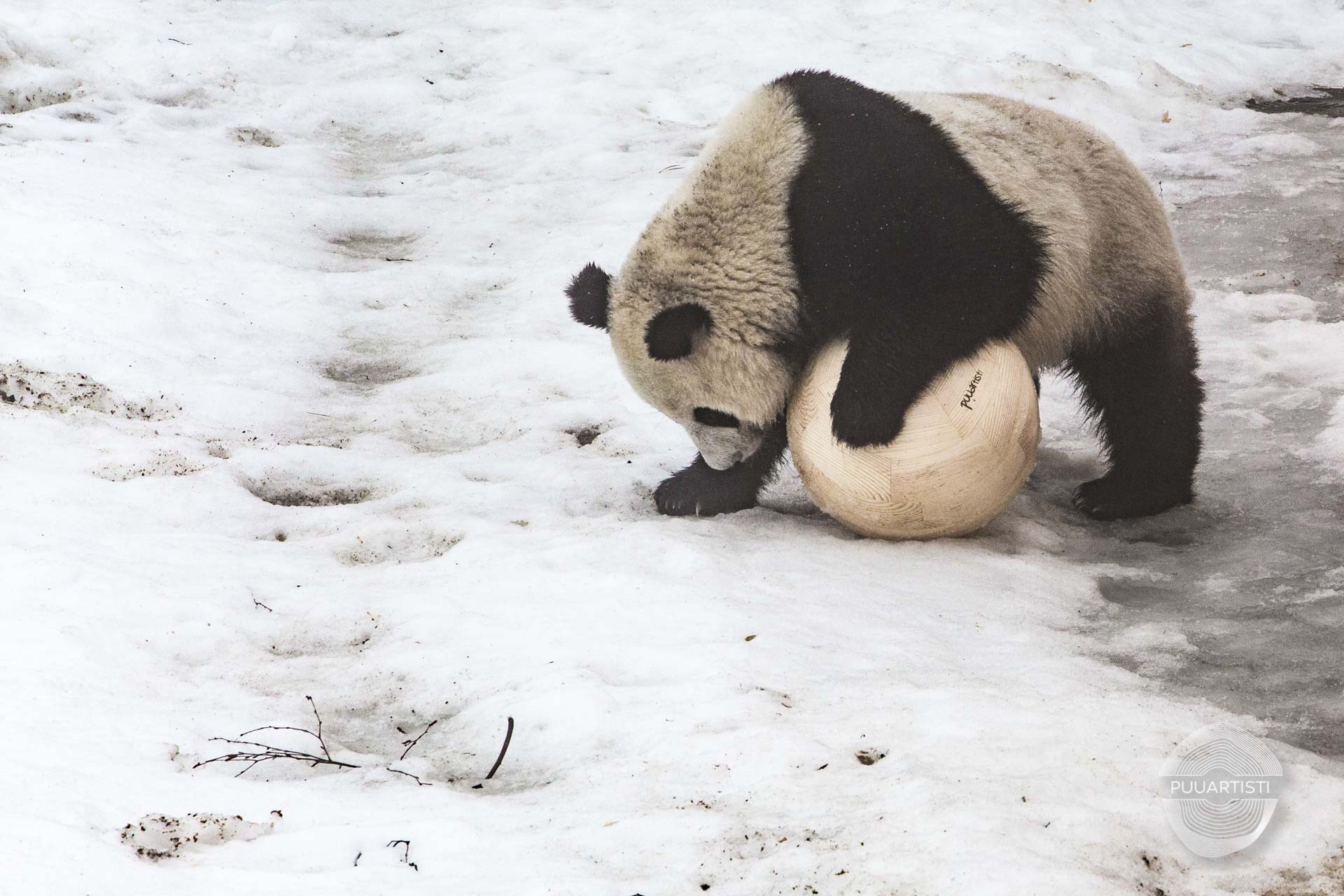 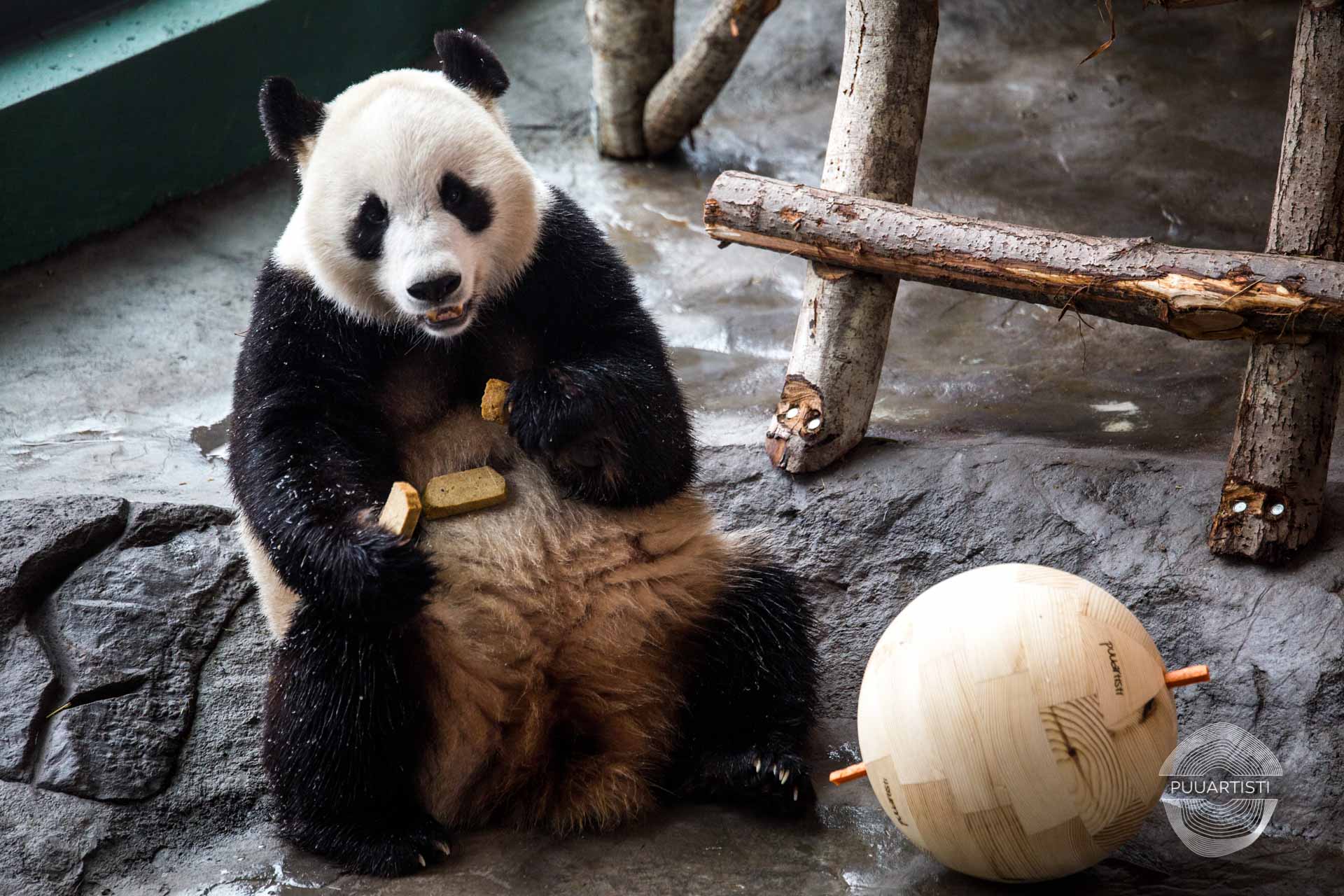 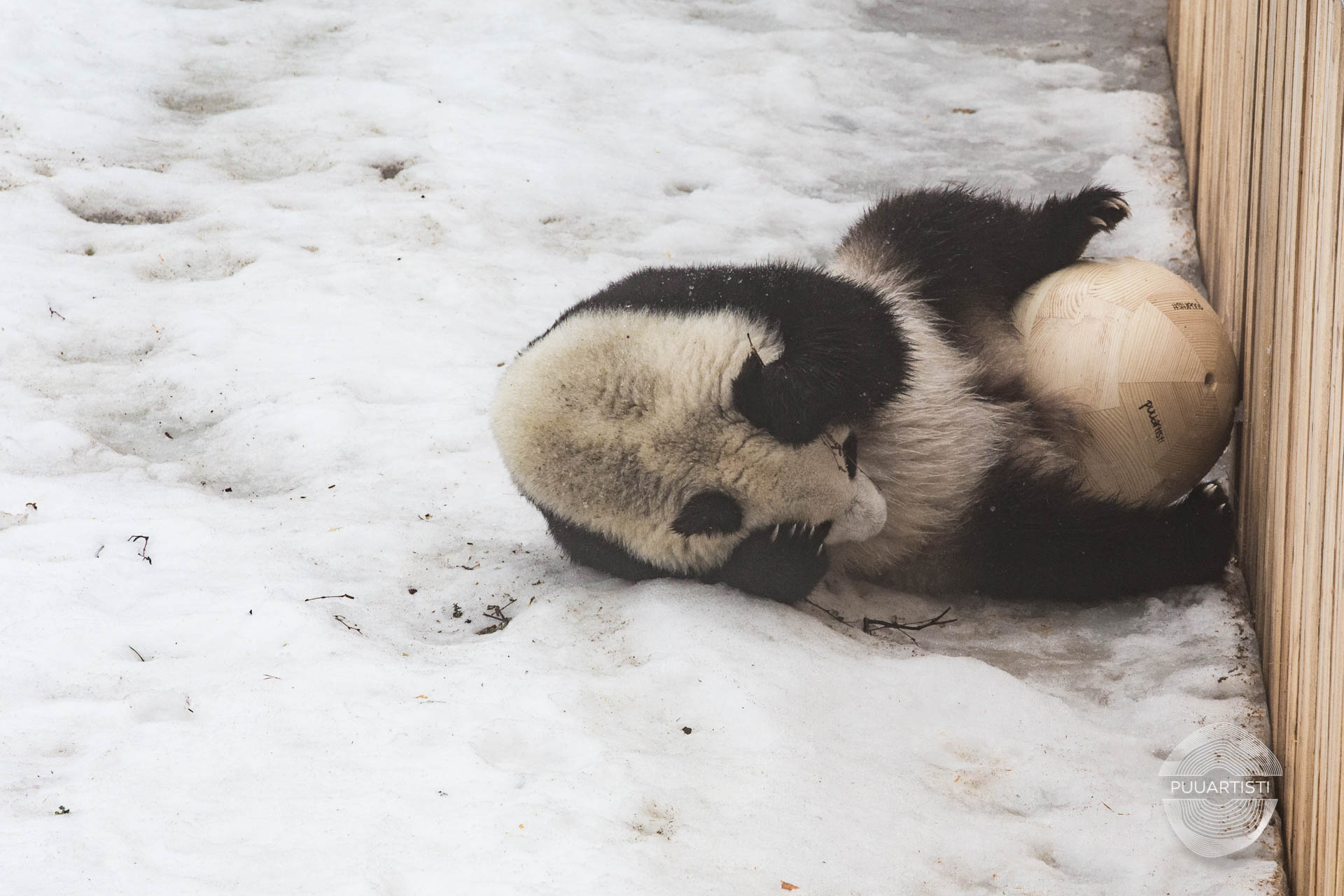 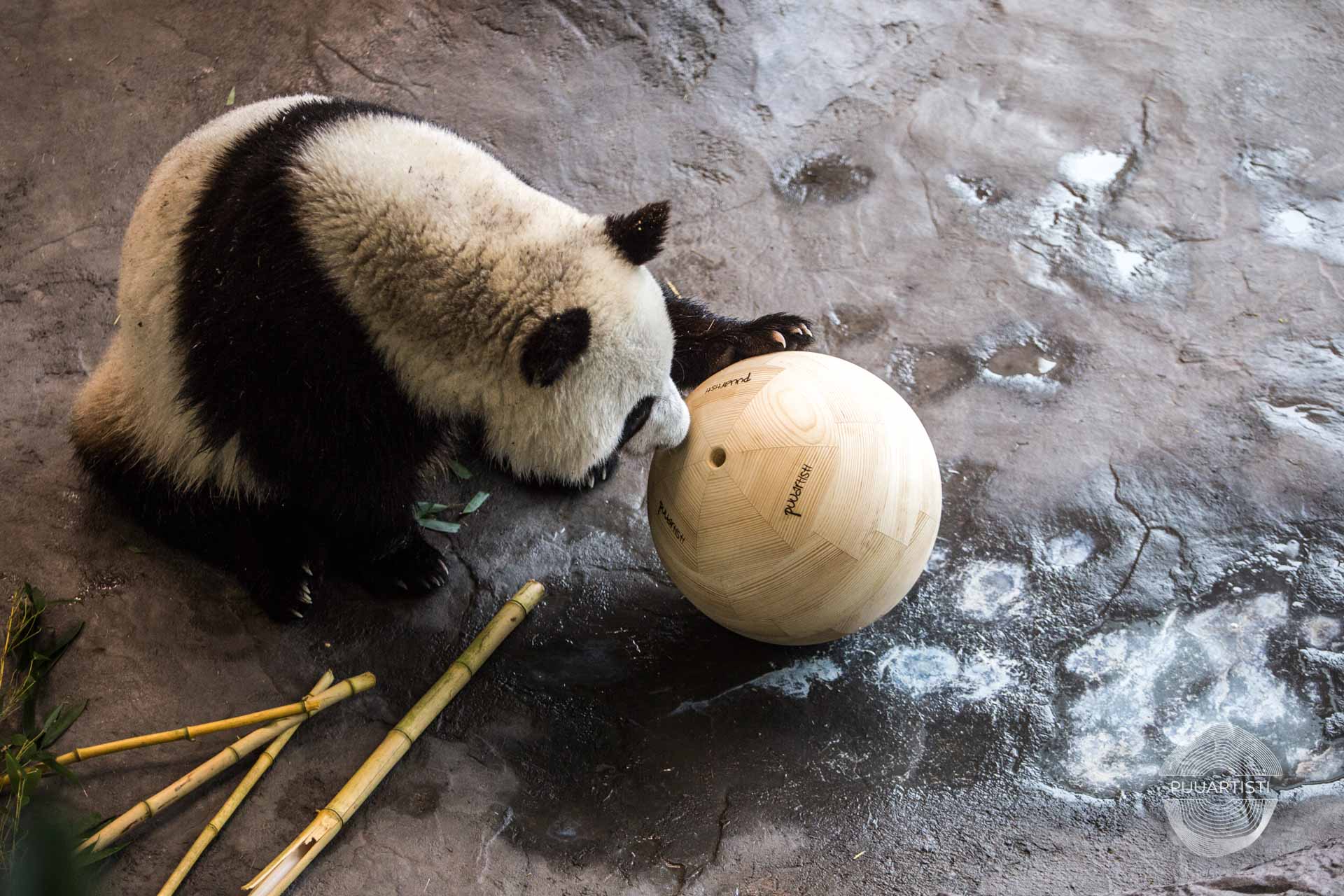