Detailed mitre joints are the repeating feature in the trophy cabinet, the hallway bench as well as the indoor firewood holder.

We designed a three-piece furniture set to our customers’ newly built modern log house. They wanted the furniture to look scandinavian and minimalistic but also to have a unique artisan touch. So we came up with an idea that the trophy cabinet, the hallway bench and the firewood holder would all have similar kind of mitre joints – not only to make them look nice, but also to minimise the shrinking and swelling of the wood and to keep the boards straight.

The frames of both the hallway bench and the firewood holder have waterfall joints that allow the ash grain figures to continue seamlessly over the corner. To attach the shelves, we used special mitered butt joints – so the shelves were bevelled to sink into the frame.

As the material, we chose ash which we used both as solid wood and as glued timber boards that we made ourselves. For the finishing we first used clear wood stain to maintain and highlight the natural, light color, and on top of that we added a layer of clear matt wax.

The trophy cabinet had to be big in order to fit in all the prizes, so it ended up being 2 meters tall and equally wide. For the trophies, we installed custom-made glass shelves and for the medals we made slanted wooden trays. The glass doors of the vitrine have an opening of the same angle as the mitred joints, so they can be opened without separate handles or knobs. The prize collection is lit with led lights that we installed in the upper rim.

What we especially enjoyed in this project was creating a series of furniture that really serve a specific purpose – and which have a certain detail that is repeated in each of them. Neat! 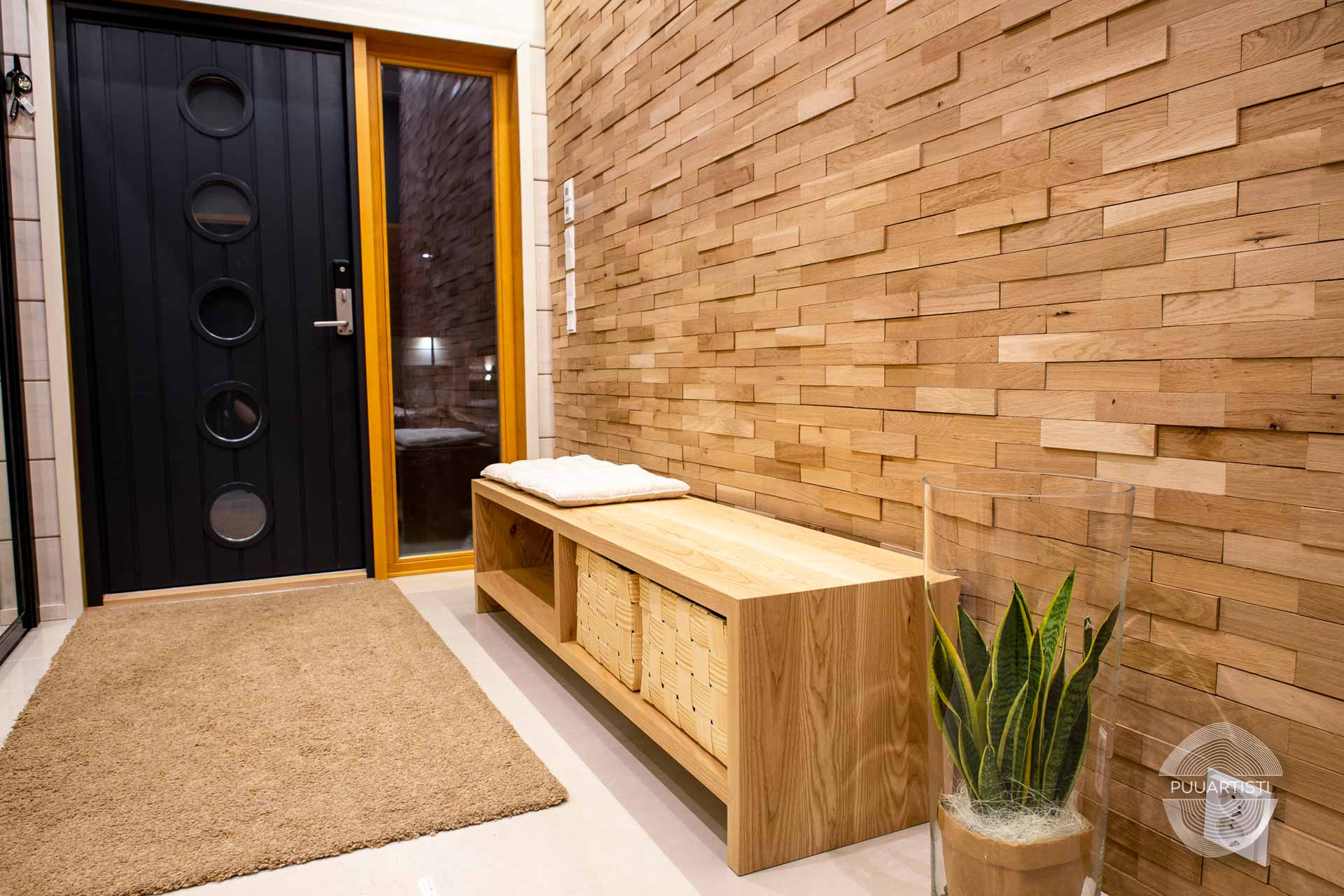 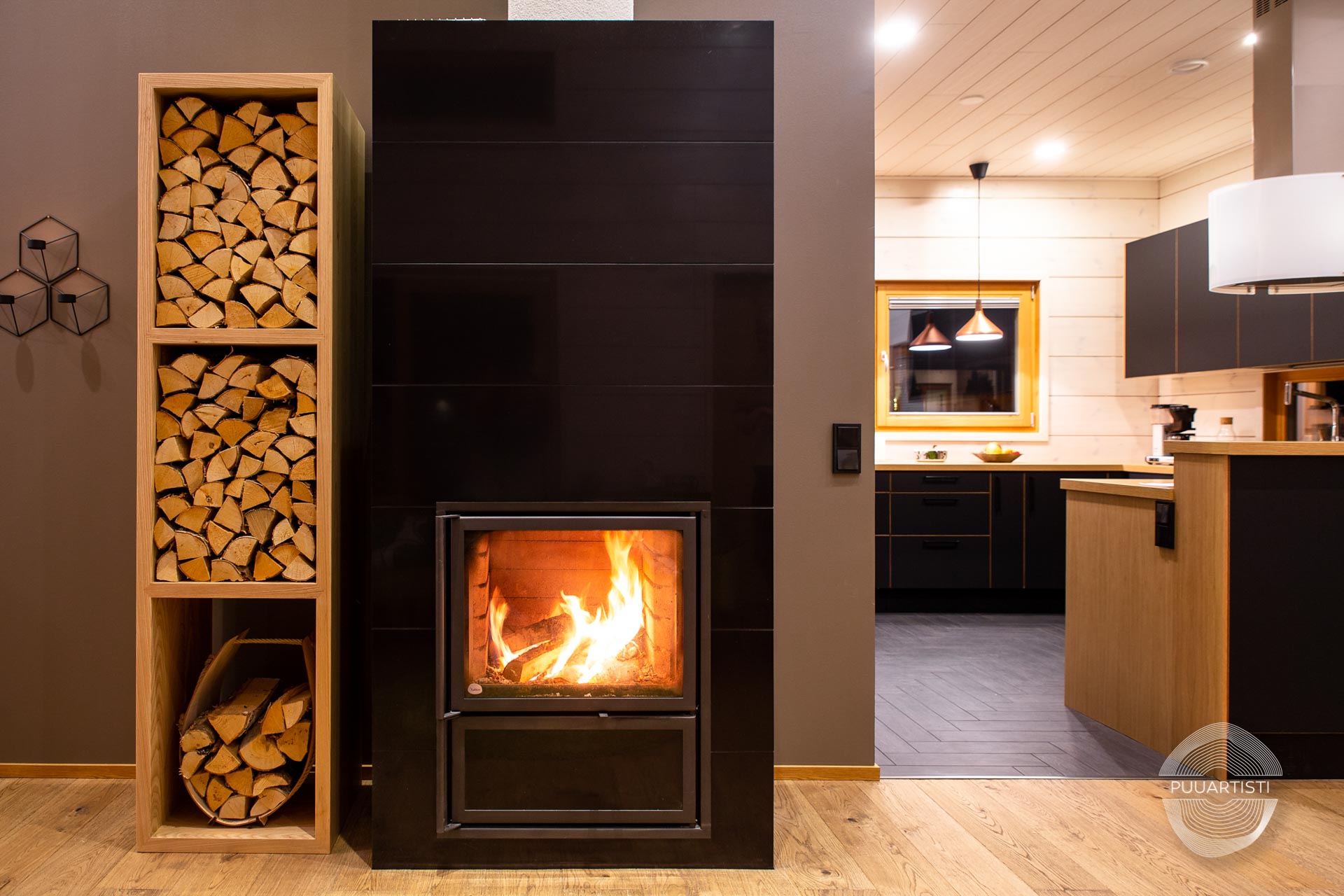 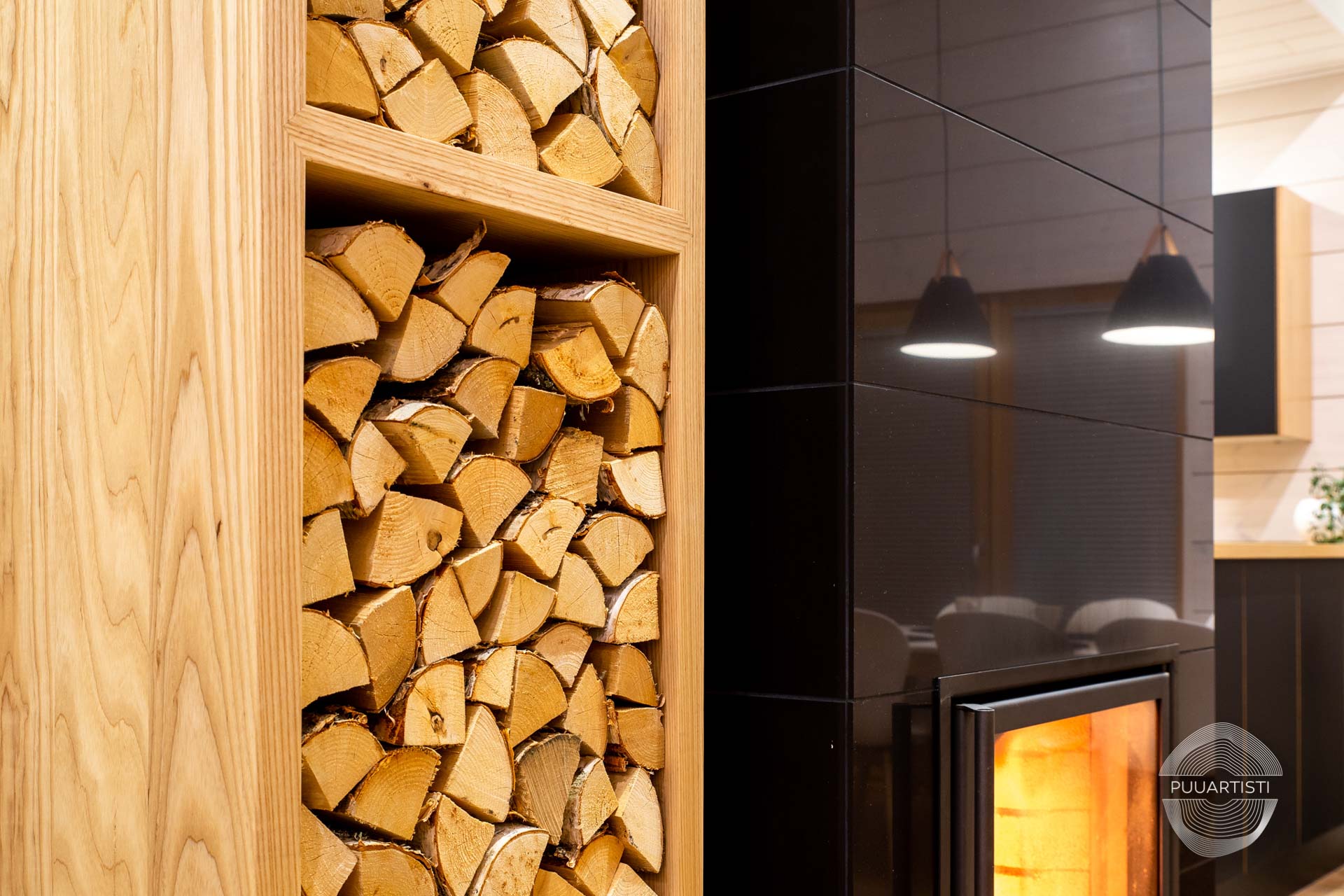 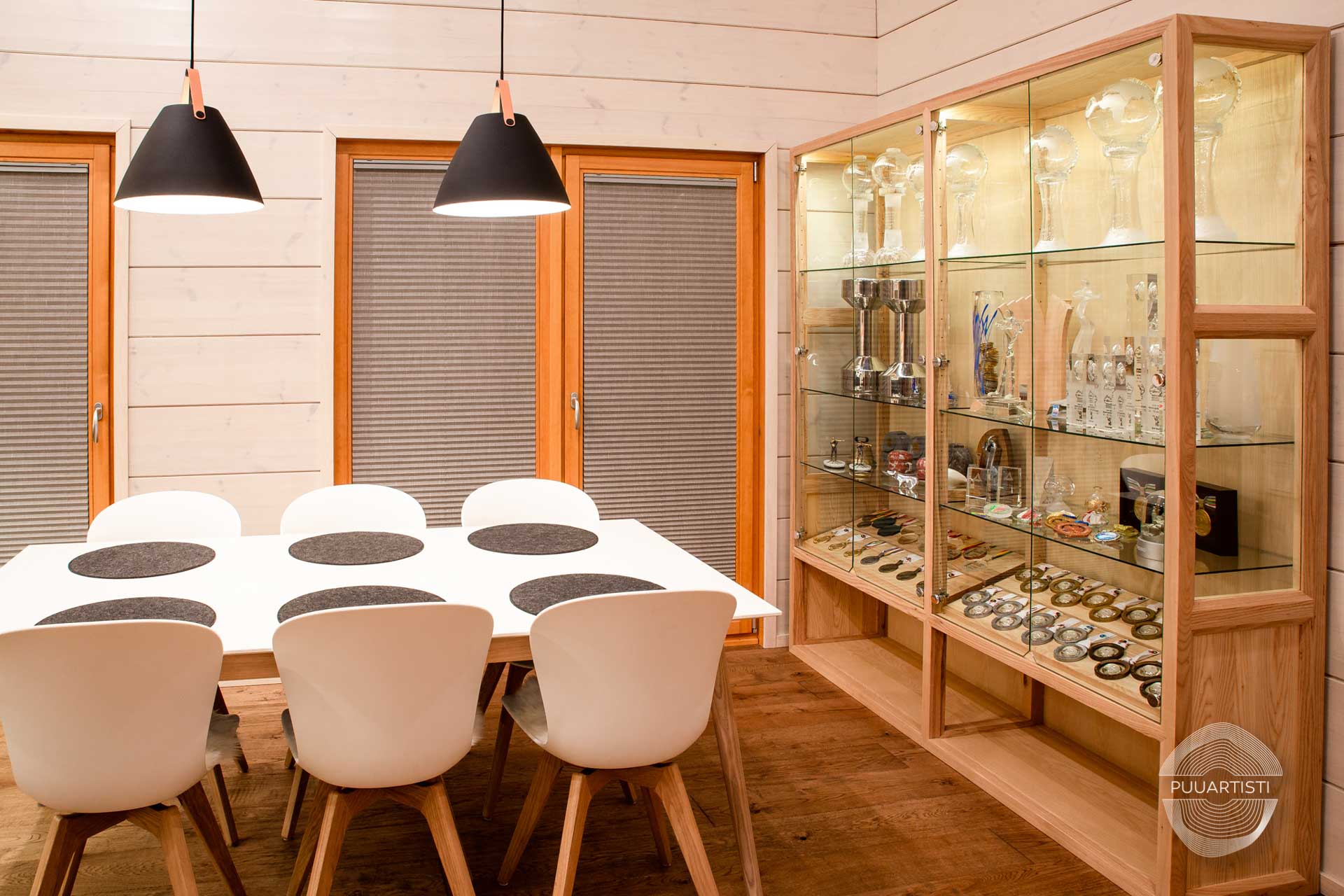